In the February issue of Admap, Paul Feldwick makes a brilliant bulls-eye comment on the supposedly “new” age we’re living in as marketers and advertisers. Essentially, he says it’s all bullshit. But he does put it a bit more eloquently than that, and since I can’t express his point nearly as good as he does himself (even though I have tried), here are a few excerpts from the article:

“There is a widely repeated narrative that goes something like this: the internet has changed everything. The new generation of consumers is sceptical, ’empowered’, and no longer susceptible to advertising as we have known it. All previous marketing knowledge is irrelevant.”

“But what evidence supports this huge leap to the ‘radical new psychologies’ that supposedly make this group immune to advertising and brands? Are we to believe they no longer buy coffee at Starbucks, drink Coke or PG Tips, wear clothes from Primark or Uniqlo, fly Virgin or aspire to drive a Porsche?”

“A key part of such ‘world has changed’ narratives is the implication that everyone before the present generation (who miraculously appeared last week) were obedient patsies, who responded uncritically to every ‘message’ they received. But I don’t believe yesterday’s consumers – people such as me, you and Richard Scase – were much more credulous or naive than today’s.”

“Let me suggest, instead, that advertising as always worked by a more complex process of suggestion and seduction. Successful advertising may have influenced our choices, but it never ‘told us what to buy’. We may choose a brand that comes readily to mind, or one we associate with positive feelings: these factors can be influenced by advertising.”

John Wanamaker was a genius. He pioneered the concept of the department store, he was the first to systematically employ truth in advertising and he invented the price tag – believing that if everyone was equal before God, then everyone should be equal before price.

Nowadays, however, he is most widely known for the quote “half the money I spend on advertising is wasted; the trouble is I don’t know which half”. And who could blame him for it? After all, this was over a hundred years ago. Since then, mankind has learned to master heart transplants, invented the computer, eradicated smallpox and walked the surface of the moon. And, believe it or not, figured out a great deal about how advertising actually works.

What’s more, the thing is that Mr Wanamaker firmly believed in advertising and it was absolutely critical to his empire-building.  So I would interpret his quote not as meaning that advertising is a waste of money but rather as “advertising is so crucial that the advertising budget is the very last thing I’ll cut – no matter what”.

So I’ll say it again: Mr Wanamaker was a genius and should be admired for his achievements. Fast-forward to today and I’m not as impressed. Depressed, would be a more appropriate sentiment. Why? Because you hear the Wanamaker quote being thrown around even to this day, not only by cackling digital cockerels – which comes as no surprise – but also by people actually in advertising and marketing.

Well, I have two words for you: Blame yourselves. If in this day and age you don’t know better than to think that a big chunk of your advertising investments go to waste it’s nobody’s fault but your own.

Firstly, you don’t know whether your ad investments pay off because you don’t know how to measure them correctly. Advertising effectiveness always has to be evaluated both in the short term and long term, since the main thing advertising does is that it affects the brand being advertised, which in turn influences purchase behavior. The model for how almost all advertising works is thus Advertising -> Brand -> Sales and not, as most people still seem to think (probably because they even haven’t thought it through), Advertising -> Sales. In spite of this, the most common, and a lot of the times the only, way marketers measure “effectiveness” is by means of ad recall, ad liking and ad-induced purchase intent. I’m sorry, but that’s just plain stupid – and of course it will lead you to thinking that most of your ad money is wasted.

Secondly, and more importantly, you probably are wasting your money. But, again, that’s not advertising’s fault, it’s yours. You’re wasting money because you are stuck in an outdated model of how advertising works. You still sing praise to AIDA (born in 1896 as a model for personal selling and never meant for advertising) and still think advertising is about information processing, i.e. about transferring messages from sender to receiver, when, in fact, it works mainly through creating, altering and strengthening brand associations and brand relationships.

The reason behind this misconception is that marketers seem to be the only professionals on earth who still think that people are fundamentally rational beings (and also that they’re actually interested in actively decoding and responding to advertising). Ok, so it’s not enough for you that every psychologist, neuroscientist and behavioral scientist agree that’s not the case – so be it. But for heaven’s sake, when even the disciplines of economics and finance, which used to be all about rationality, are adopting the fact that people’s behavior is primarily irrational and emotional, don’t you think it’s time for you to rethink your position? 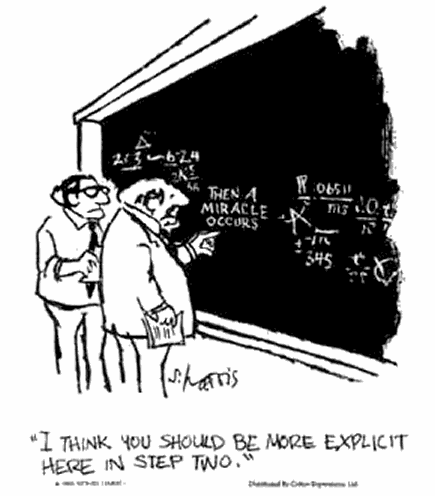 Because at the heart of the matter is an even more depressing fact: Most marketers aren’t all that interested in how advertising works and in how it should be used to sway people’s decisions in their favor. They have never read a book on the matter, never downloaded a research paper, never attended a conference or engaged in a discussion on the topic of how advertising works. And it doesn’t stop there. If they were merely passively ignorant, things would be ok. Not good, but ok. However, not only do most marketers not understand the fundamentals of communication and aren’t very interested in it; to make matters worse they insist on sticking to their obsolete models, mostly based on the despicable notion of “common sense” (of which Einstein said “common sense is the collection of prejudices acquired by age eighteen”), thus making it difficult and sometimes damn near impossible for people whose job it is to actually know and master these things to, well, do their job.

And then, at the end of the day, after all the nonsense, they still have the nerve to blame advertising, e.g. by firing away platitudes to the effect that half the money they spend on advertising is wasted.

So, Mr Wanamaker didn’t need it and may be excused for living a hundred years ago, but for anyone wanting to work in marketing in this century, here’s a piece of advice:

Take a look in the mirror. Read a book. And grow up. 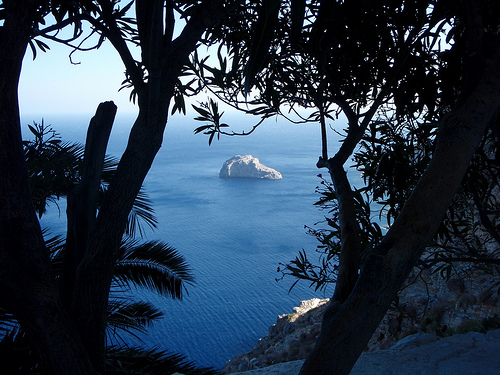 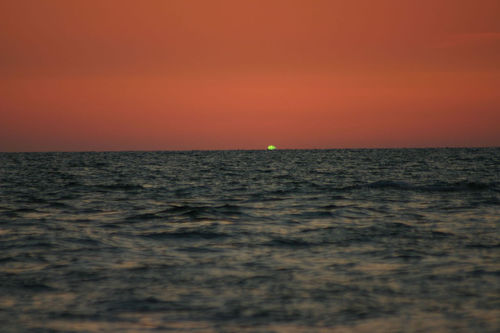 That’s how John Maynard Keynes put it and although he wasn’t talking about marketing, his words certainly ring true to all of us working with marketing or advertising strategy. This became apparent to me after reading a post on Micco Grönholm’s “The Brand-Man” blog (Swedish only), where he discusses an experiment from behavioral economics dealing with the role of emotions in decision-making and why we don’t learn from our mistakes. Micco’s post was great in itself, but it also made me think of this clip where Daniel Kahneman makes a distgustingly excellent observation: “For a firm, in principle, there is a long horizon. People have a much shorter time-scale. They have to have three meals a day, a salary every month, a bonus every year…”

Bam! Right there, just like that, he blew strategy work right out of the water. Since strategy, in essence, deals with long-term planning and people concern themselves with the here and now, there isn’t much hope for the former. Sure, most marketing people like talking about strategy, workshopping their way through strategy processes and producing strategy documents. Maybe because it makes them (or should I say “us”) feel important. Maybe because it’s fun (it is).

But does it matter?

I’m thinking maybe not, because not only does adhering to strategy require people to be able to reason in abstract concepts, it also often means sacrificing small but concrete short-term gains for larger but long-term, and thereby more vague, ones. And as the Allais paradox shows, when faced with a situation of certainty vs uncertainty, people maximize utility over value, i.e. prefer the more certain outcome even if its value is smaller. Also, focusing on the long-term doesn’t seem to be very conducive to most marketing people’s careers.

However, I’m not prepared to throw my hands in the air and open a coffee shop on a small Greek island just yet. I haven’t given up on strategy, I have merely reached a couple of conclusions. For a strategy to even have the slightest chance of making a difference it has to be:

1. Dead simple (pun intended). If it doesn’t stick the first time, it never will. And nobody’s going to read the documentation.

I guess what I’m talking about is what is normally not labeled as strategy but as “vision”. Like Disney’s “We shall make people happy” or Nike’s “If you have a body, you’re an athlete”. The Romans called it casus belli, something to go into battle for. And possibly to die for. Perhaps that is the most realistic way forward for most companies – good tactics and good people combined with a clear casus belli that can energize them in the same direction.

Enough of this talk of death. To summarize, and to end on a somewhat more cheerful note, I’ll let Robin Williams express the essence of what I think any good strategy should be able to answer: