As a matter of fact, it is the whole hierarchy of communications condensed into thirty seconds of film. Here they are:

In other words, when communicating, the likelihood of people listening to what you have to say depends on the following three things, in order of importance:

This is, of course, in stark contrast to how most communications planning is done. It is a process dedicated almost invariably to trying to figure out what we want to communicate and then, only then, we treat the how part as some sort of creative add-on. As for the who bit, we don’t disect the brand’s current relationship with the target/audience/tribe nearly as much as we should.

Time for a reversal, right?

Right on the nose.

See how far a good headline can get you? I’m sorry to say, though, that this post will not be about my life as an actual movie star (the only “movie” in which I have ever “starred” was a commercial for baby soap as a newborn), but about my career as an account planner.

I began in planning approximately seven years ago and at first I didn’t even know it was called “planning” or that I was to become a “planner”. All I did was have a loose idea about the agency where I worked (and still work) needing to become better at “the stuff you do before you start coming up with creative ideas”. I probably thought of it as “strategy”. And after a while someone told me that very stuff had a name, planning.

Since that day, I have, like most planners I know and know of, thought long and hard about what planning really is and in what way it adds value to the agency and to the client.

Sure, there is the traditional, brief-centric view that what a planner does is write the creative brief, providing the creative team with insight and direction. But it is a view of limited relevance at ad agencies where the creatives are used to being actively involved in the whole process from client brief to finished product and that have fared pretty darn well, thank you very much, for decades without any such thing as specialized planners. Simply put, agencies where creatives won’t sit around waiting for the creative brief.

Anyway, I’ve been there and done that, and am still doing it to some extent.

On the journey of discovery I embarked upon all those years ago I have been through a number of different phases in my view on the planner’s role, and the other day I thought to myself “Hey, can’t they be described using the analogy of different motion picture characters?”. Whereby the guy in the mirror responded “Funny you should ask, it’s just what I was thinking”.

So here they are, phases one to five of my planning career thus far, in more or less chronological order: 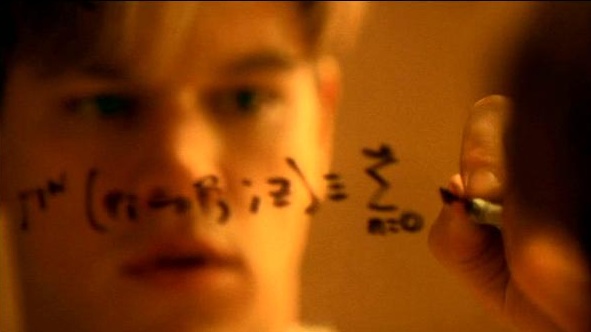 To the best of my recollection, this is what I saw the planner as being when I started out. The bright guy who knows it all. Who bases all his opinions on fact. Who is a living, breathing, walking encyclopedia of all things pertaining to the client and the assignment at hand. Informed, smart, reliable. But passive.

This is where the hubris set in. Although Jack Aubrey turns out to be a rather sympathetic person, the title “Master and Commander” alludes perfectly to how I began seeing my role after a while. The master strategist who would point in a certain direction and expect the crew (=creatives) to steer full course ahead. No discussion, no argument, just follow orders. After all, I knew best.

Eventually, I backed off a little and increasingly put greater emphasis on the planner as a pedagog, whose main function was to serve as a conduit between the client, the consumer and the creatives. I would focus not on overtly steering the work in a certain direction but on explaining as clearly as possible the circumstances and insights involved in a particular assignment, in order to give it life and meaning. Quite noble. Yet somehow quite unsatisfying.

Phase 4: Doc Brown in “Back to the Future”

Enter the wacko. Or, as I would have preferred to see myself, the scientist. This is where I got an overwhelming feeling that most people working with communications didn’t have the first clue as to how communications actually work. What brands are. How they influence us. How we make decisions. Why advertising metrics are so unreliable. Etc, etc. So I spent a lot of time reading, writing and talking about decision-making, psychology and neuroscience in an attempt to bridge the chasm between academia and practitioners. Interesting, for sure. But also written off as “interesting”.

Phase 5: Chance in “Being There” 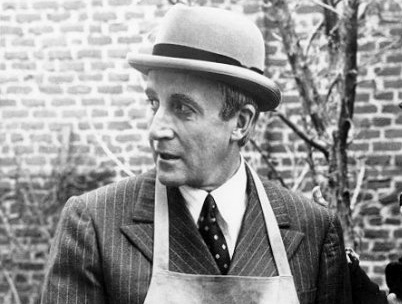 We’ve reached our destination. This is where I am right now and where I think I’ll stay (at least until the next time I start thinking about this topic). I am a gardener. As a planner, my job is to contribute to an environment where ideas can grow and blossom into things of beauty.  To create the right soil, water at the right moments and prune in the right places, so that the plants and trees bear plenty of fruit. And occasionally, to put a seed or two in the ground. Finally, just like Chance, I will (do my best to) remain naive to the world, thereby seeing it as full of opportunity, not of limitations.

What do you know, from Matt Damon to Peter Sellers. Not a bad career move.